Martha’s blanket is lingering still. I’d like to think like a good book, rather than last night’s garlic bread. It is the first big project I’ve finished, and although some of the process was slow and considered, I must admit that the bobbly edging was a bit ‘make it up as you go along’. I was so pleasantly surprised by it's effectiveness and simplicity that I’ve been playing – over and over and over, more and more bobbles. It is possible that it started to get a little out of hand, but I wanted to see how they worked with different yarn, different hooks, clusters of bobbles… I think you get my drift. 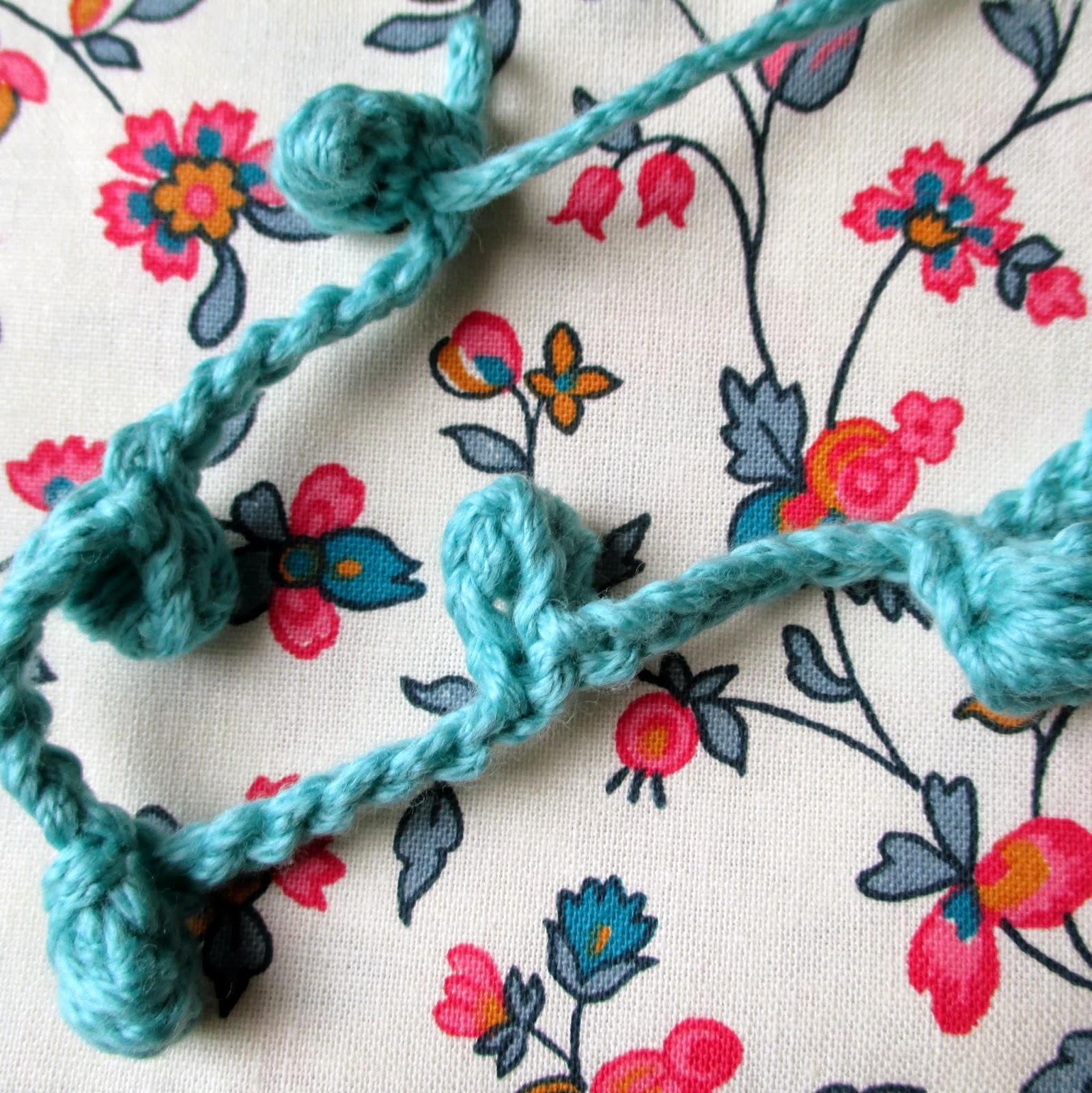 Of course the past couple of weeks haven’t been filled entirely with bobbles, although someone who suggested I may have become a little "bobble-headed" probably wasn’t far wrong; it always starts to feel a little like that at the end of term. 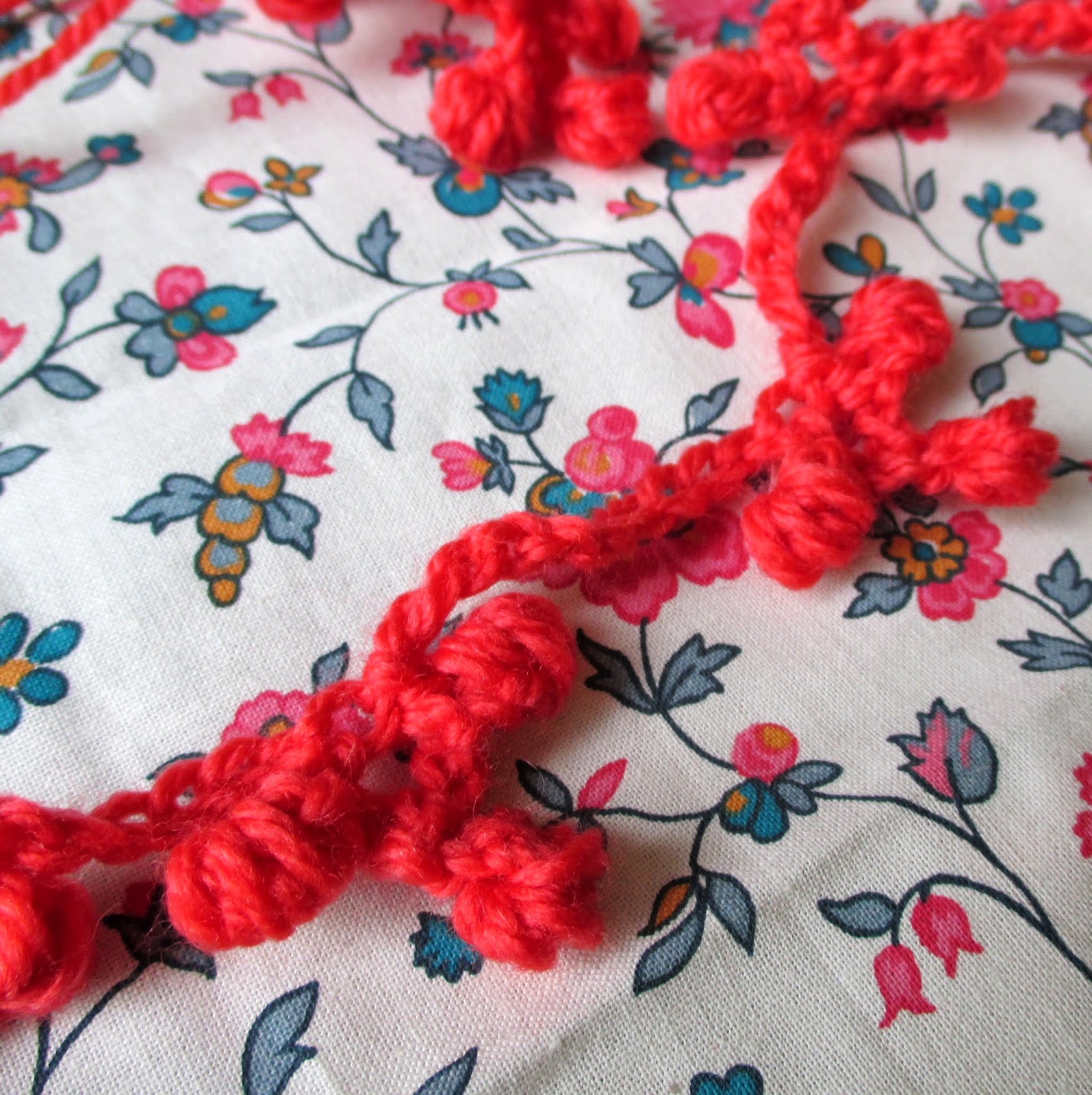 School-run suspended, for now, I’ll fill you in on the little yarny, roundy things that have been much occupying my hook of late. 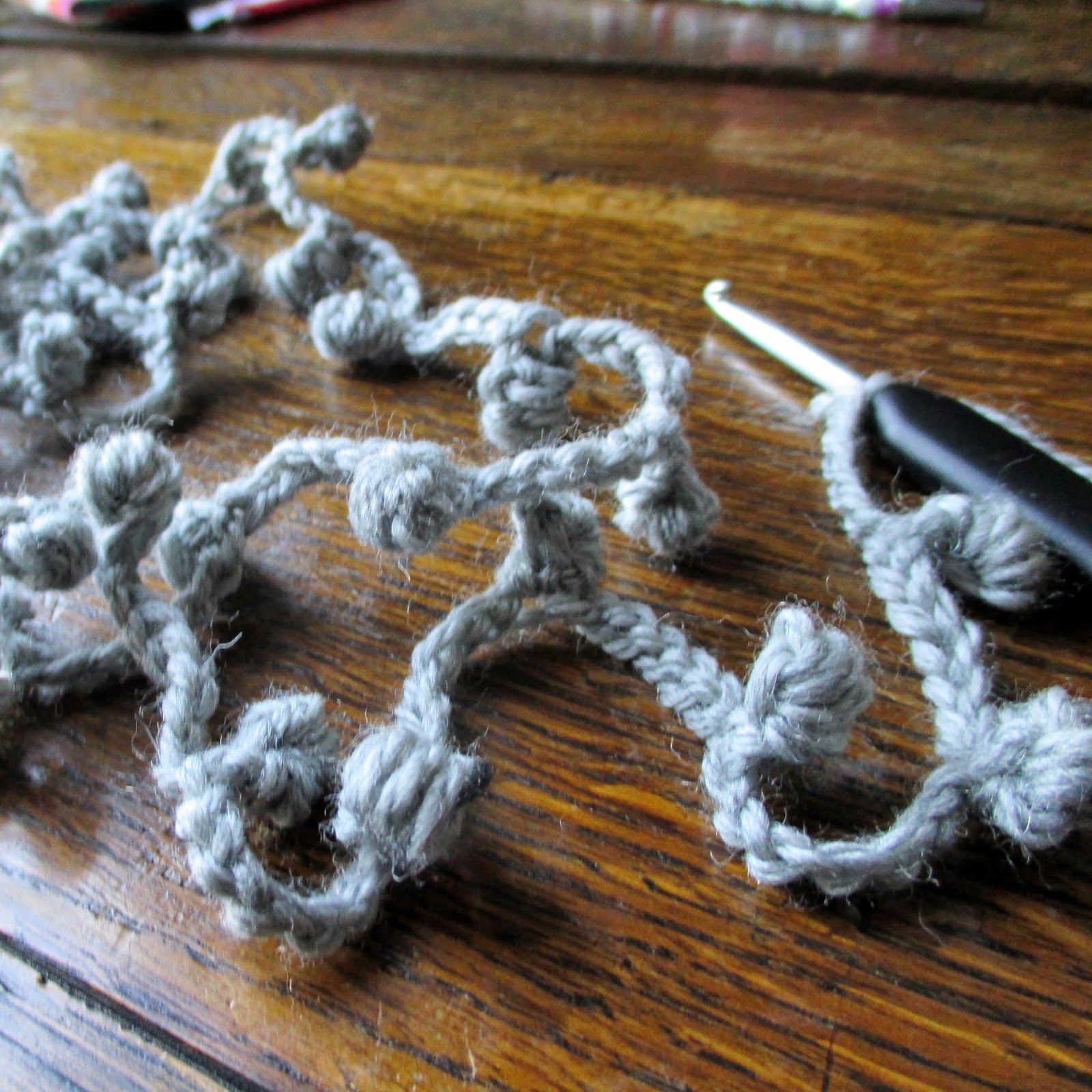 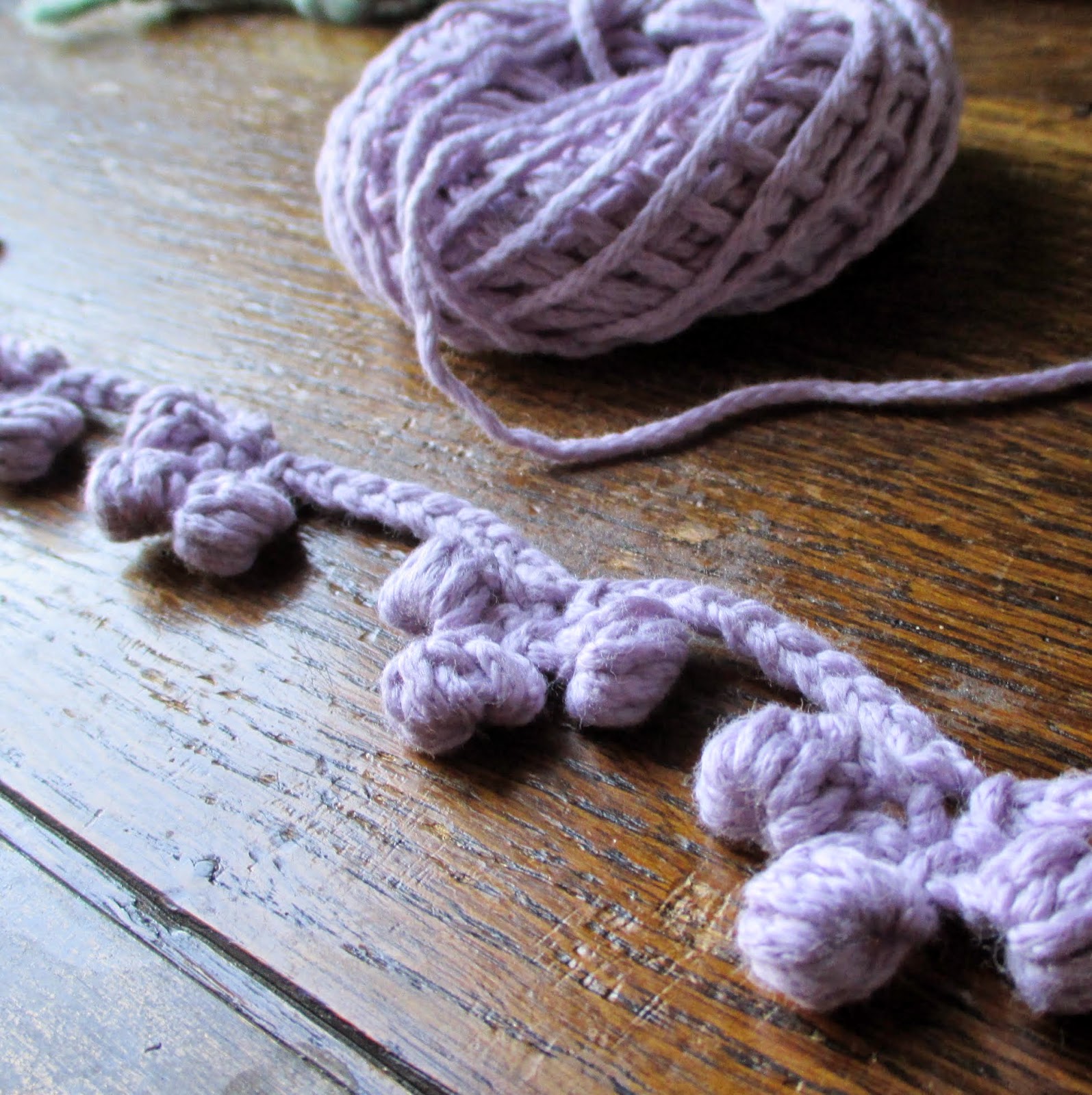 Bring the yarn over the hook, insert into the second chain from the hook, yarn over again and pull through. There should now be three loops on the hook. 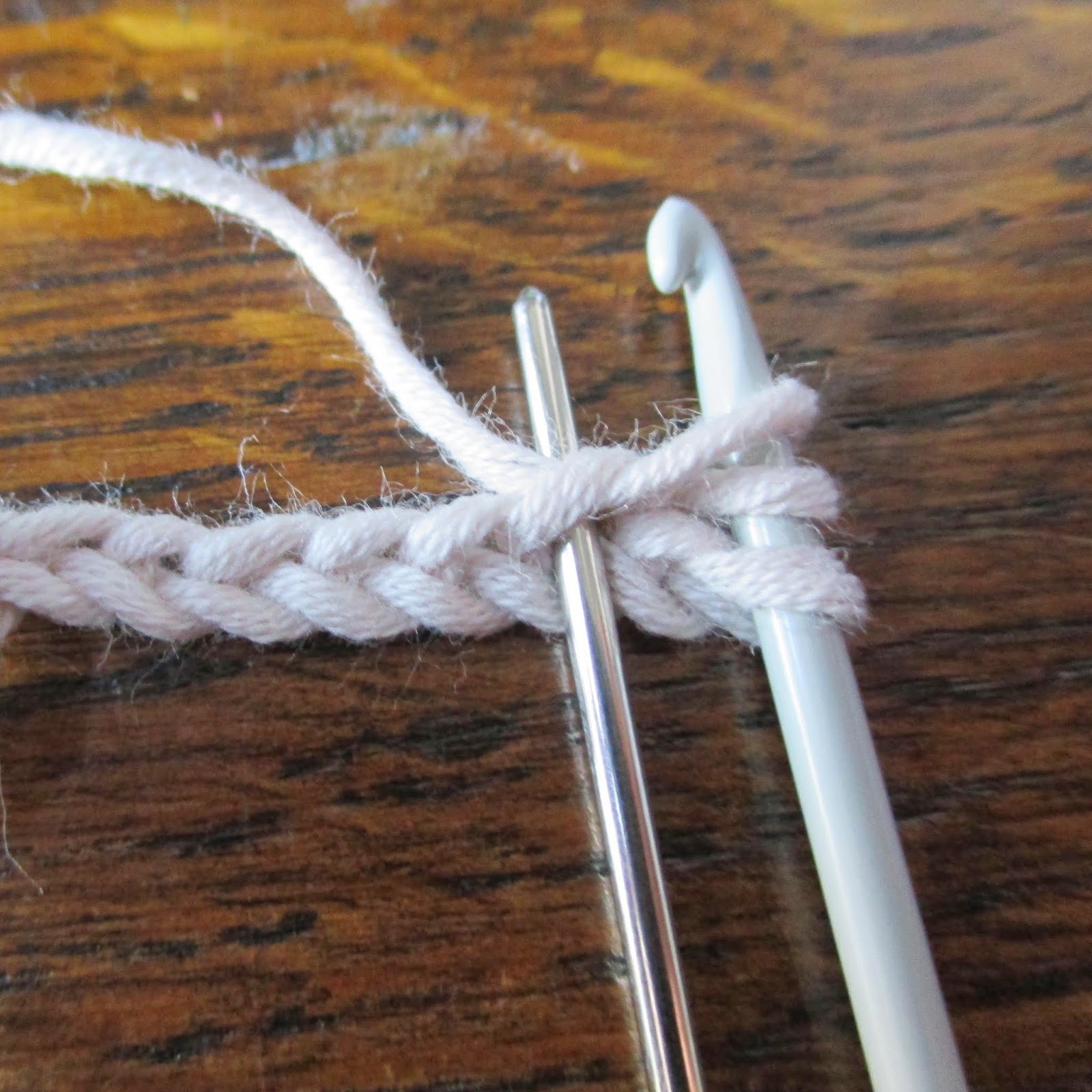 Working back into the same chain, repeat the same process (yarn over hook, insert into chain, yarn over and pull through). There should now be five loops on the hook. 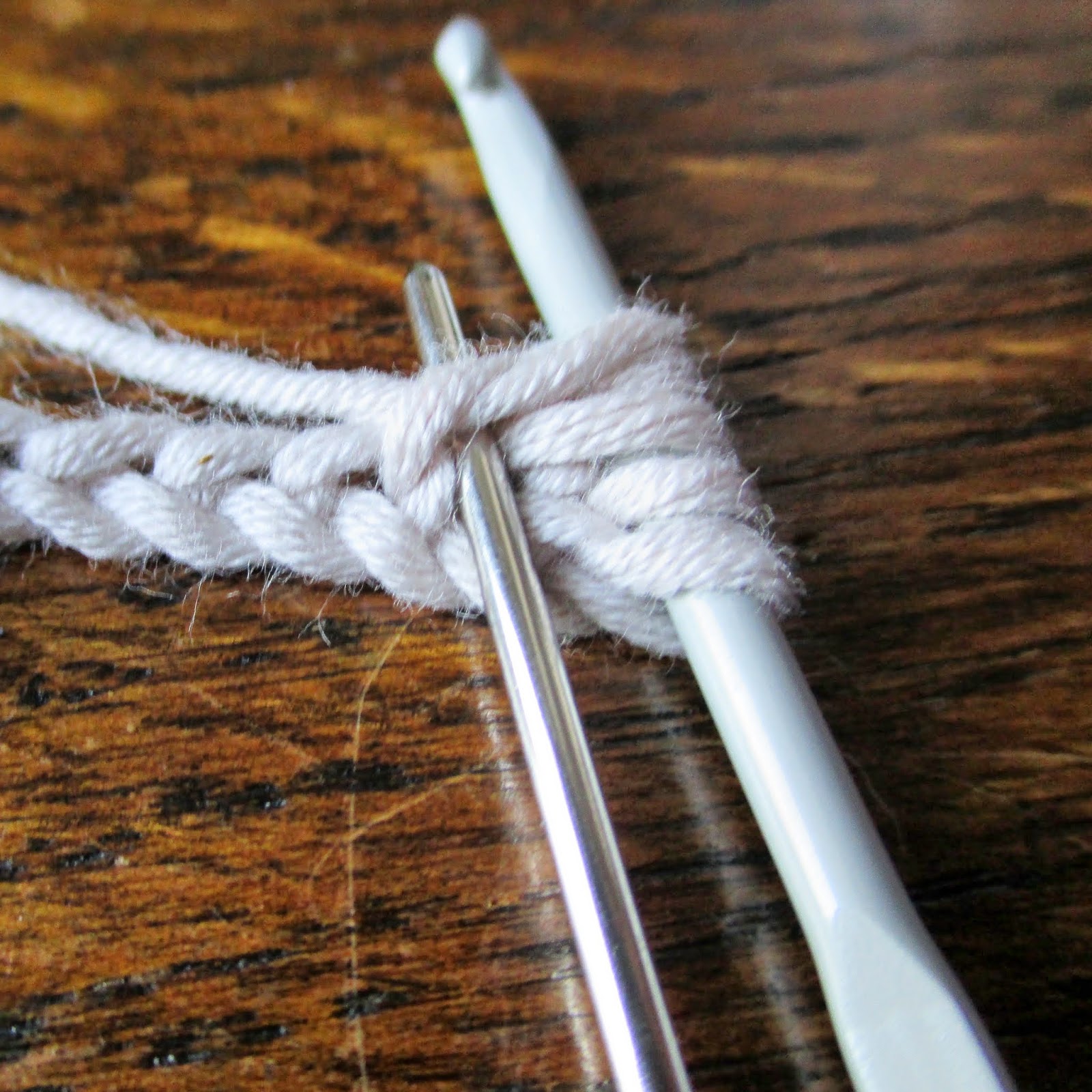 Repeat again, working into the same chain to give seven loops on the hook. 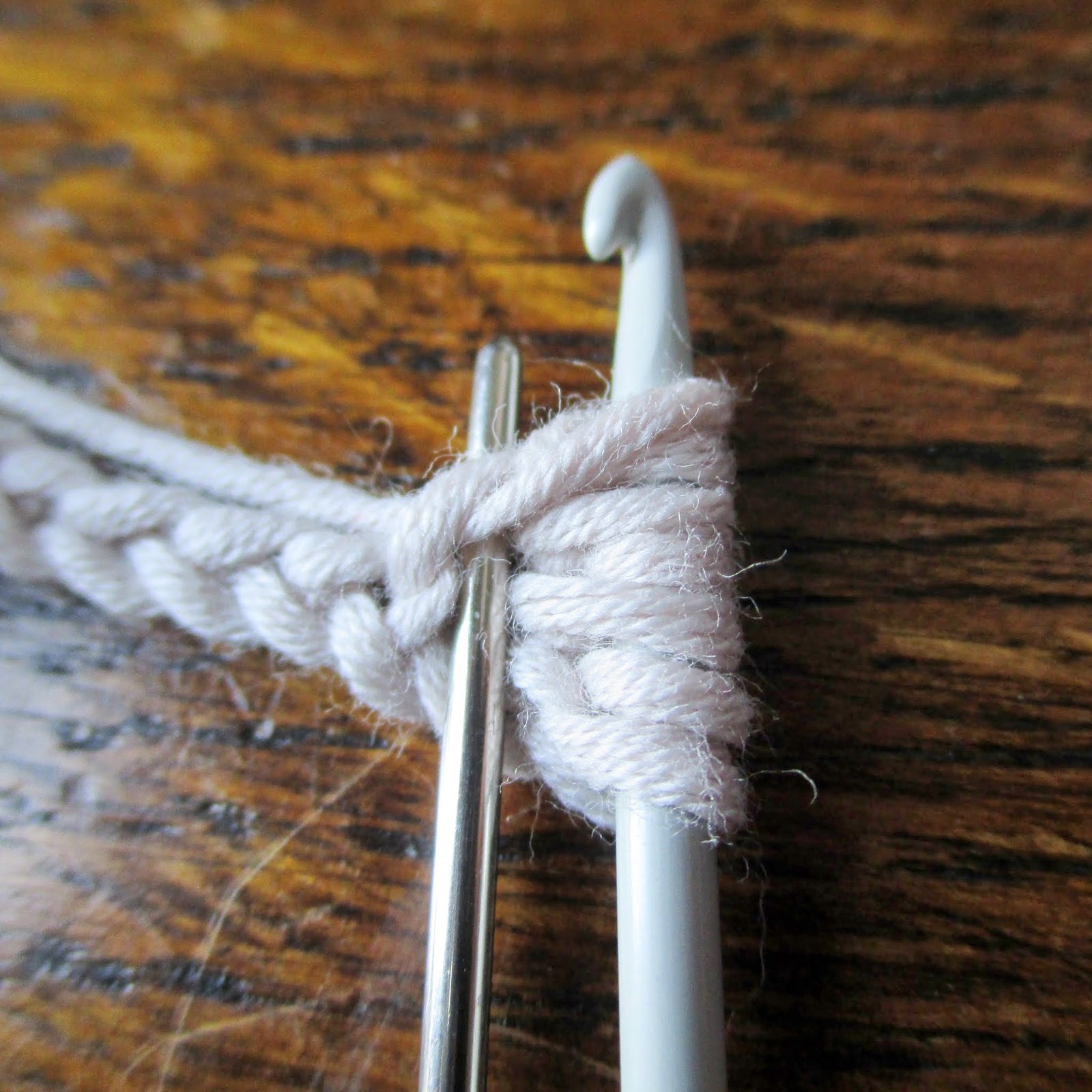 And once more, to end up with nine loops on the hook, all worked into the same chain. 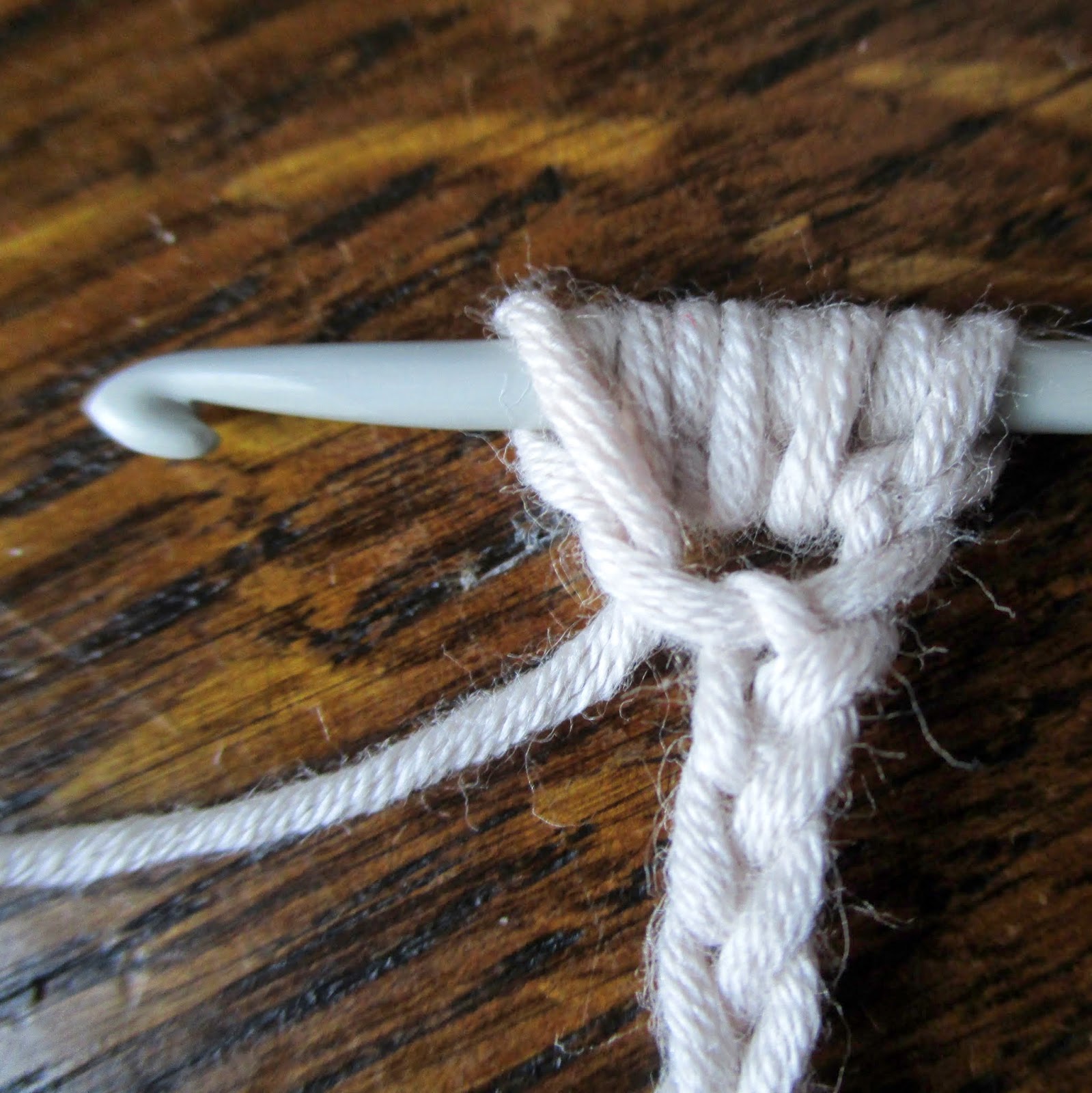 Next, bring the yarn over the hook and pull through all nine loops. This can be a little fiddly, so best to take your time with the first few, give it a little wiggle and ease it through all the loops. 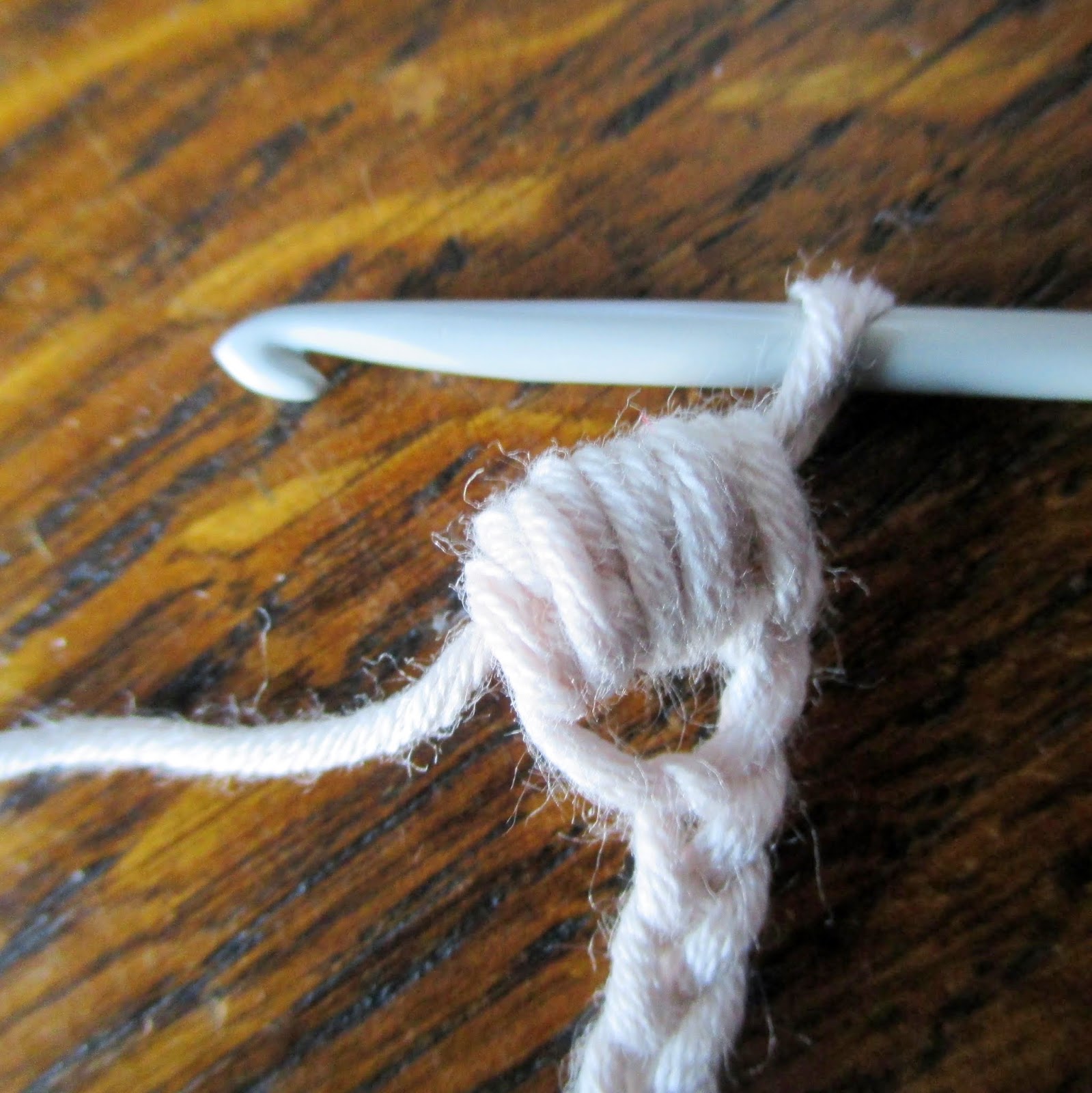 Close the top of the bobble with a slip stitch: bring the yarn over and through the loop on the hook. 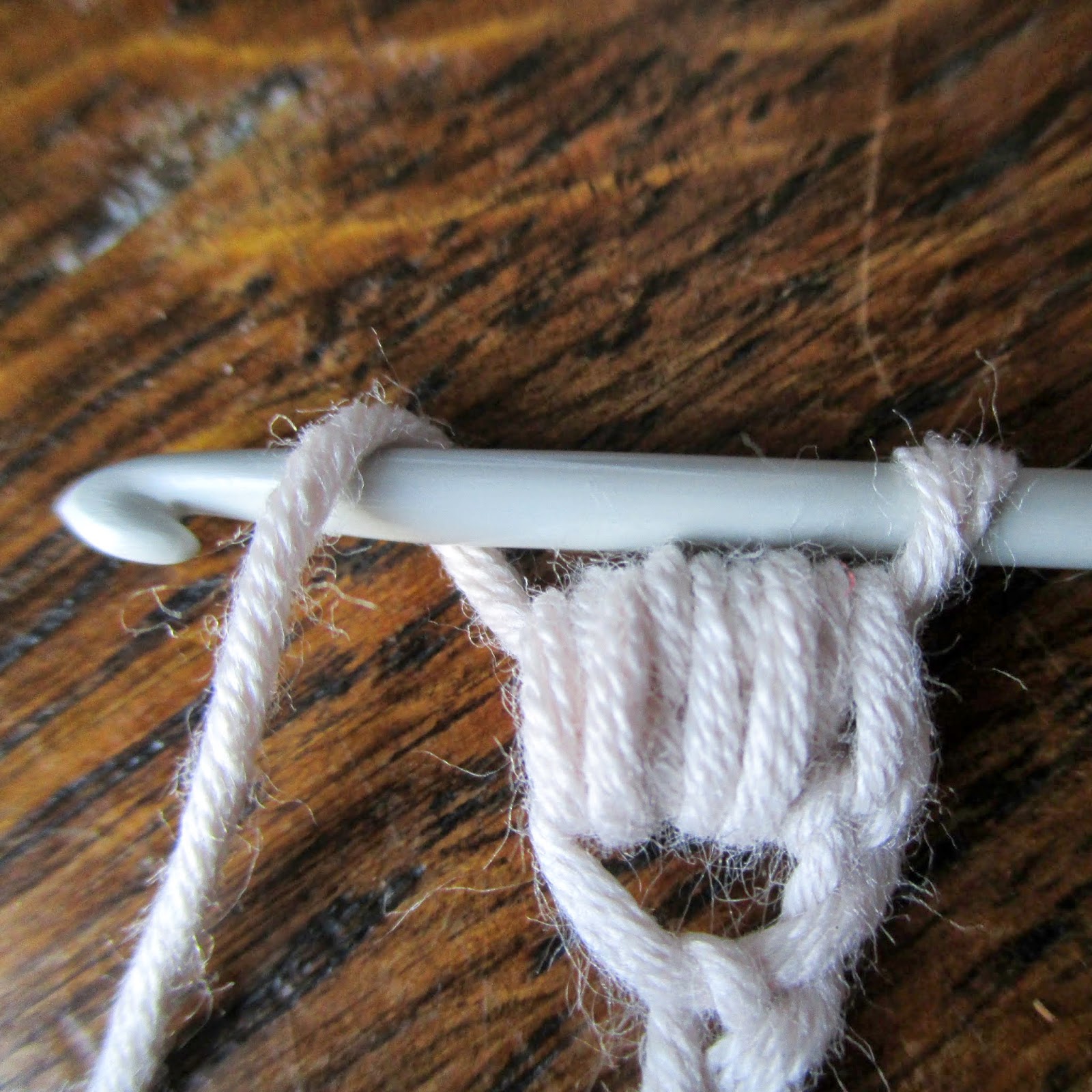 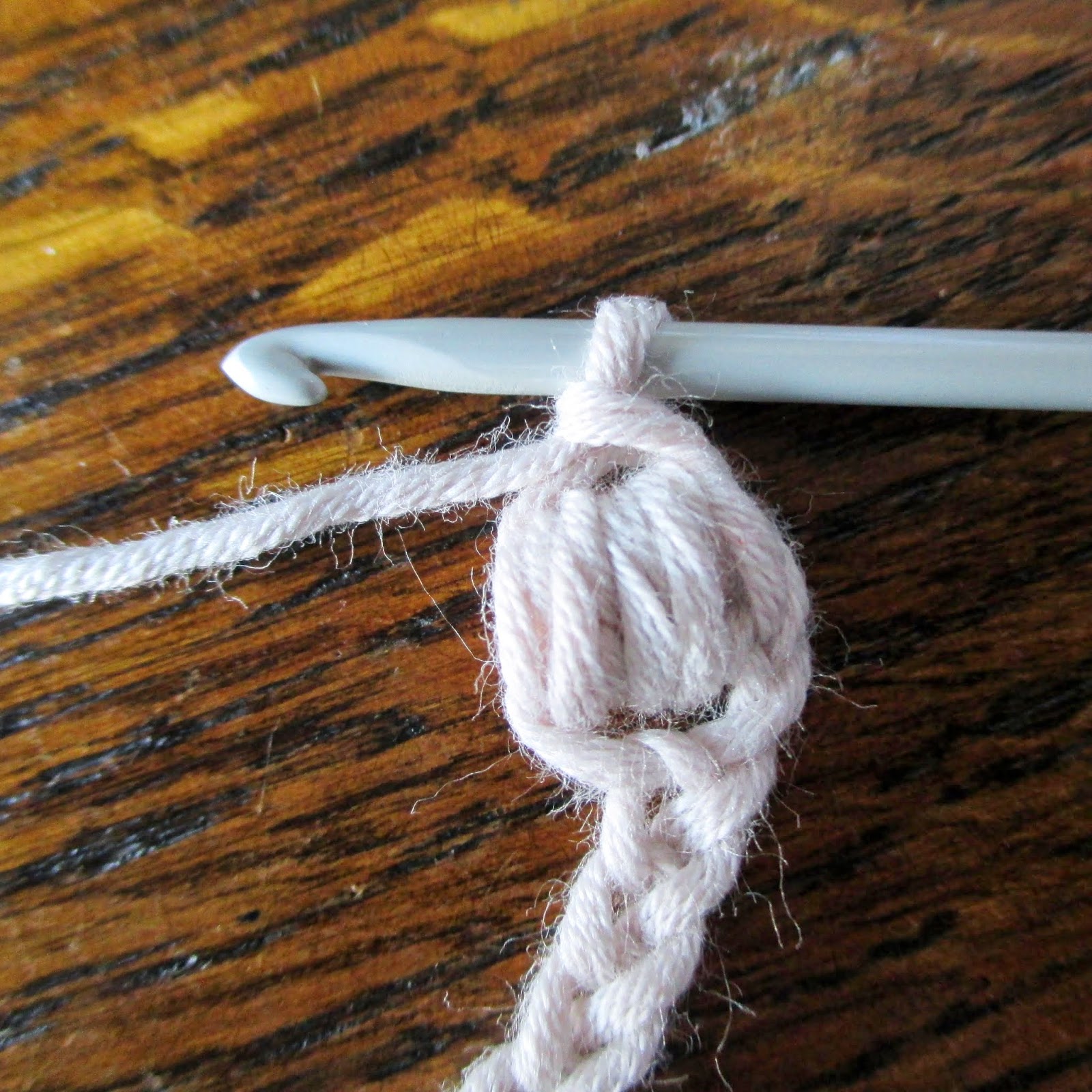 Nearly done, all that's left to do is slip stitch into the chain at the base of the bobble, here... 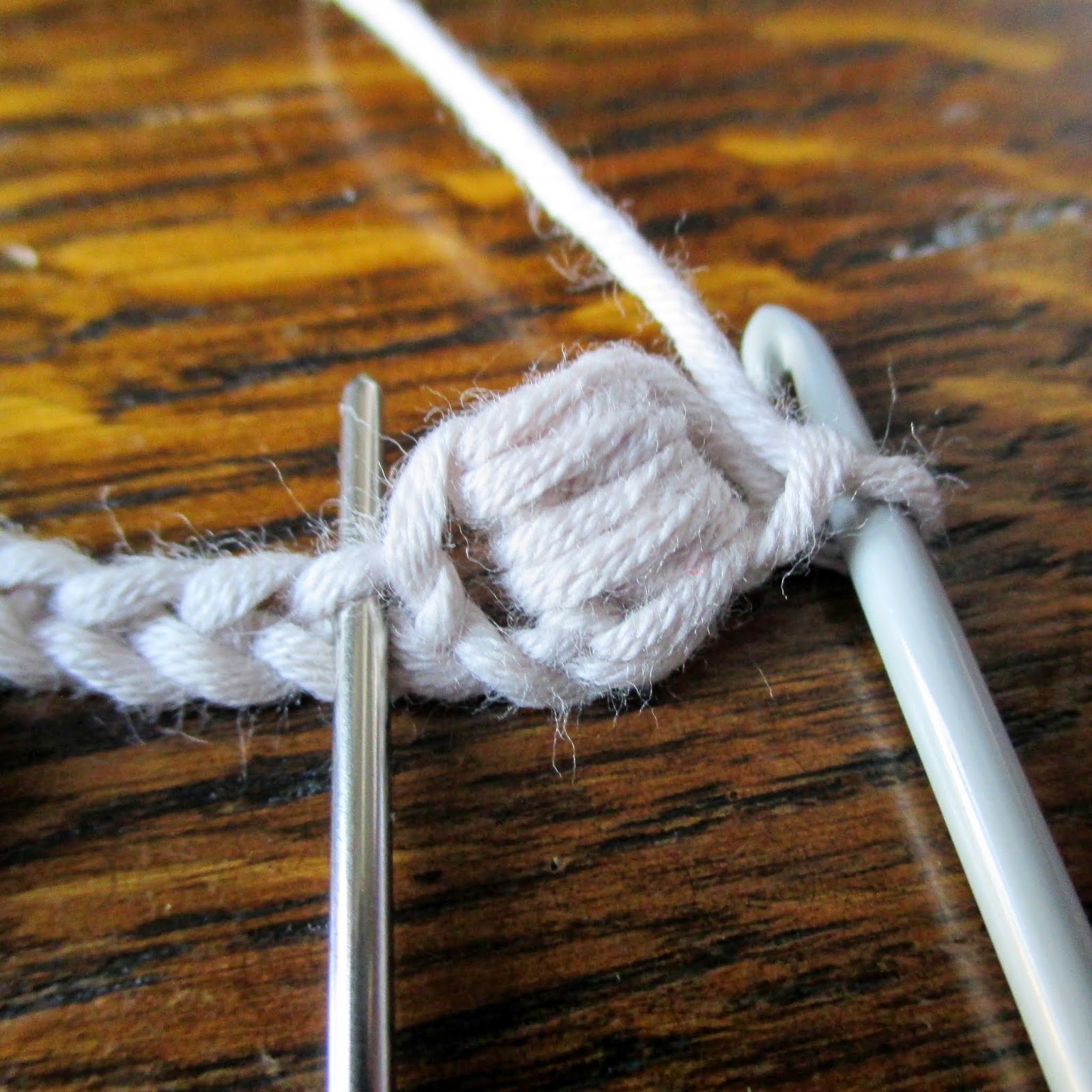 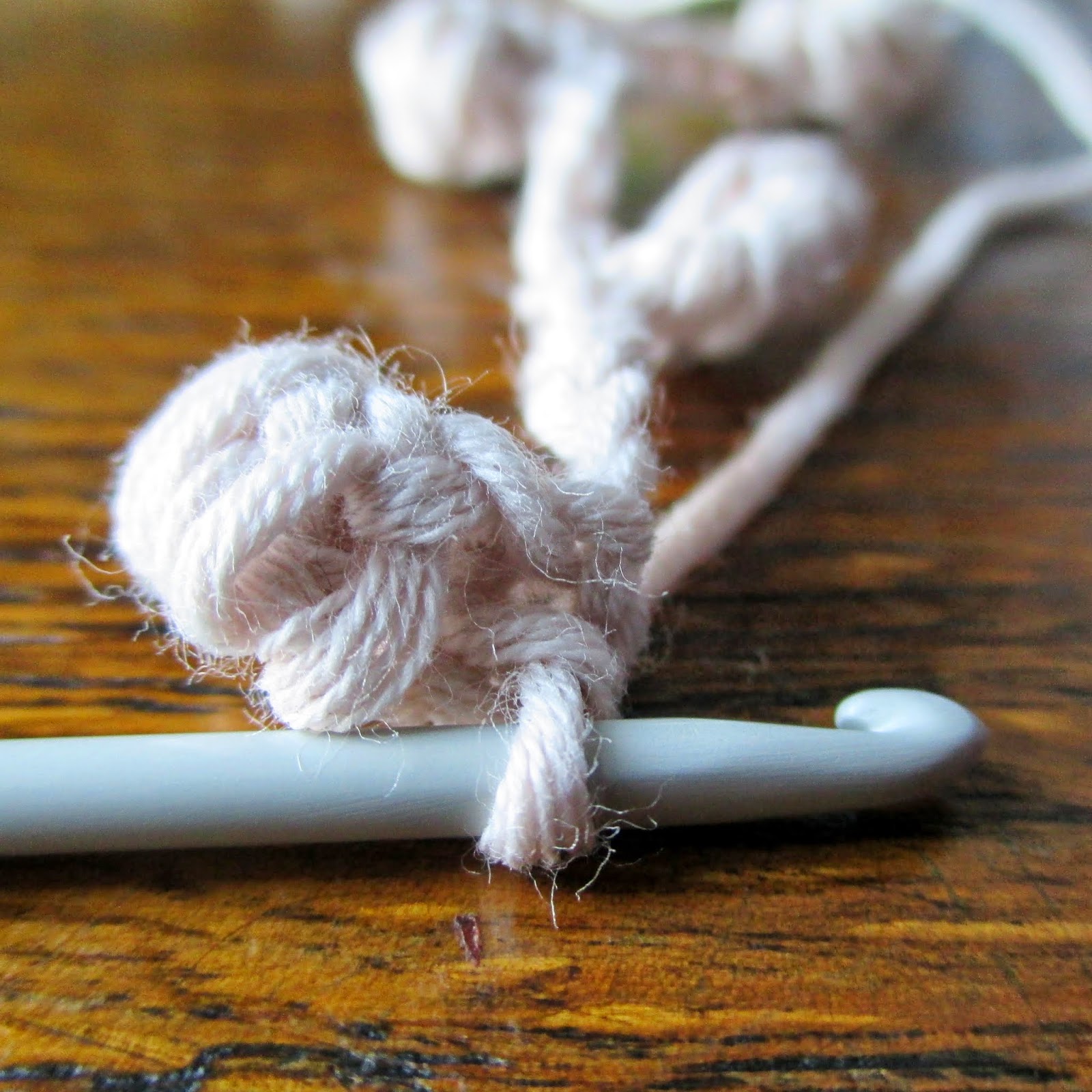 ...and then make some more! Chain as many or as few as you like inbetween and carry on. 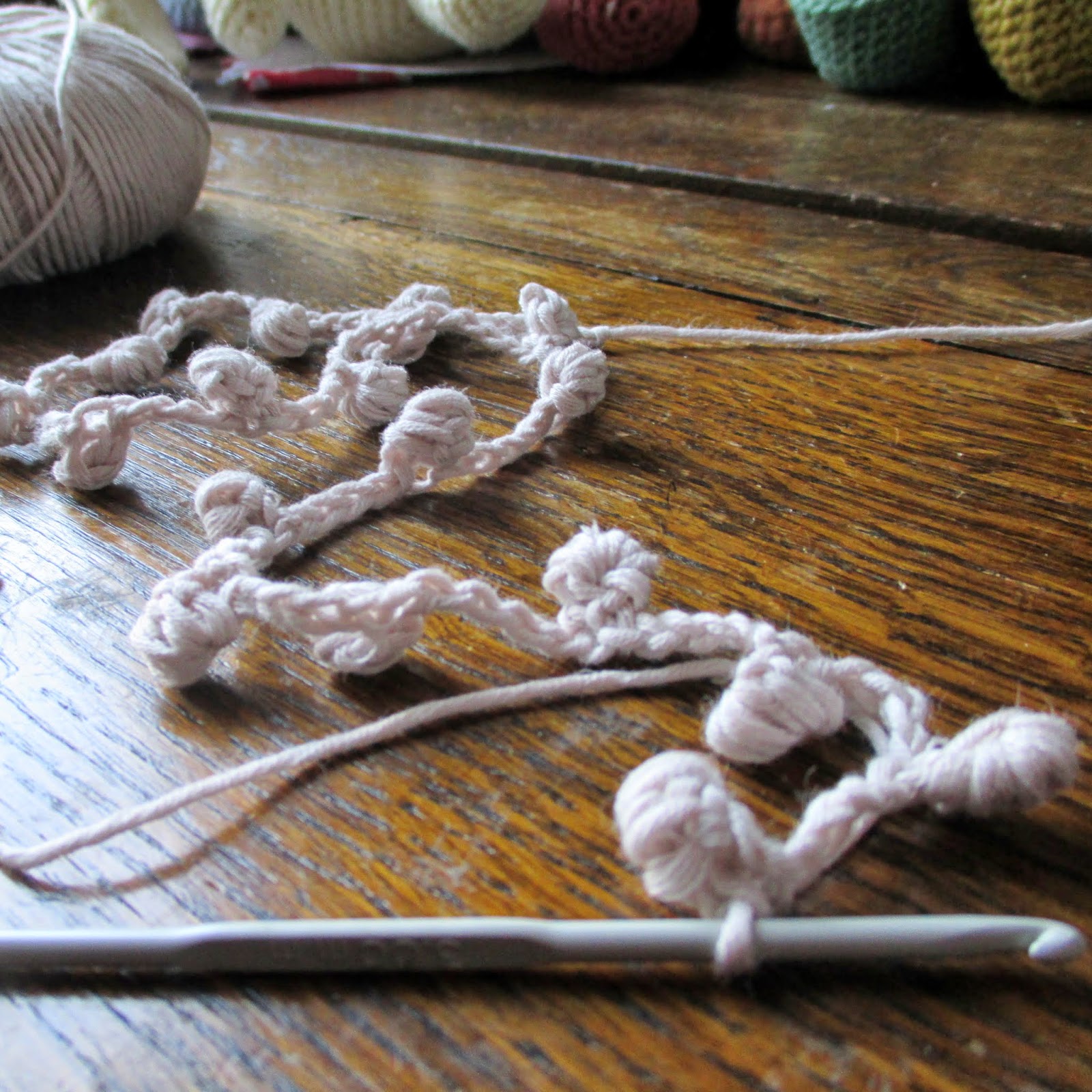 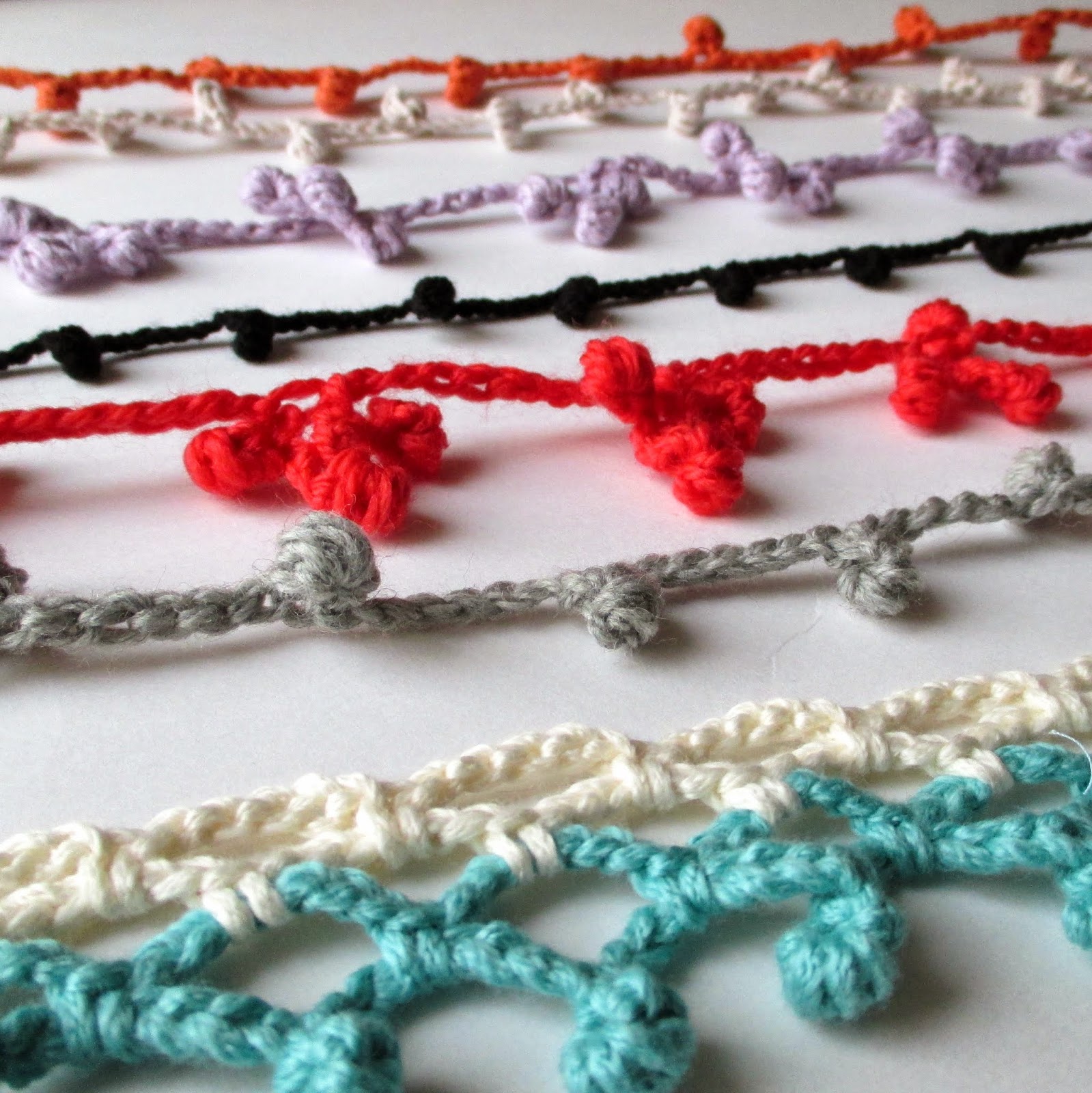 A few bobbling tips to be going on with... First, I find that with some yarns the last repeat of yarn over, insert hook, yarn over etc. can be a bit stiff and awkward to work (especially if you're making lots of bobbles!), to speed things up a bit don't bring the yarn over when first working into the second chain from the hook, e.g. the first repeat would be: insert into second chain from hook, yarn over, pull through. Then carry on as above. For some reason this eases things up a bit by the time you get to the fourth repeat, but makes little difference to the finished bobble. Second, use a fairly blunt hook. It's very frustrating if the hook gets caught halfway through pulling it all the way through nine loops at once! And third, to make a cluster of three bobbles, make the bobbles closer together by chaining fewer inbetween the first and second, and second and third bobbles (I tried three chains and five chains - both worked well), then slip stitch the third to the base of the first to join them together.
Below are the details of my bobbly experiments. I would love to know if you find any good combinations. 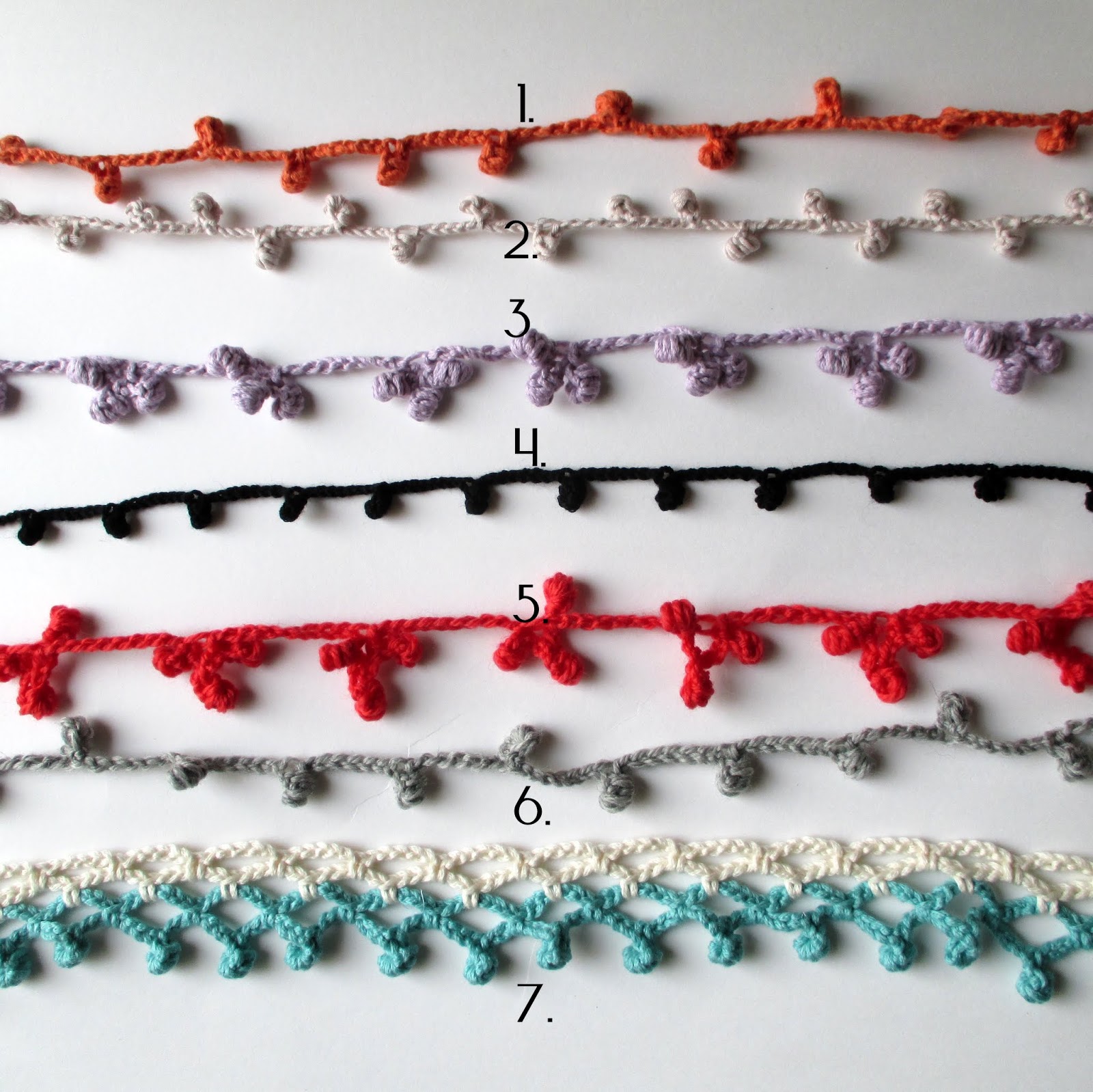 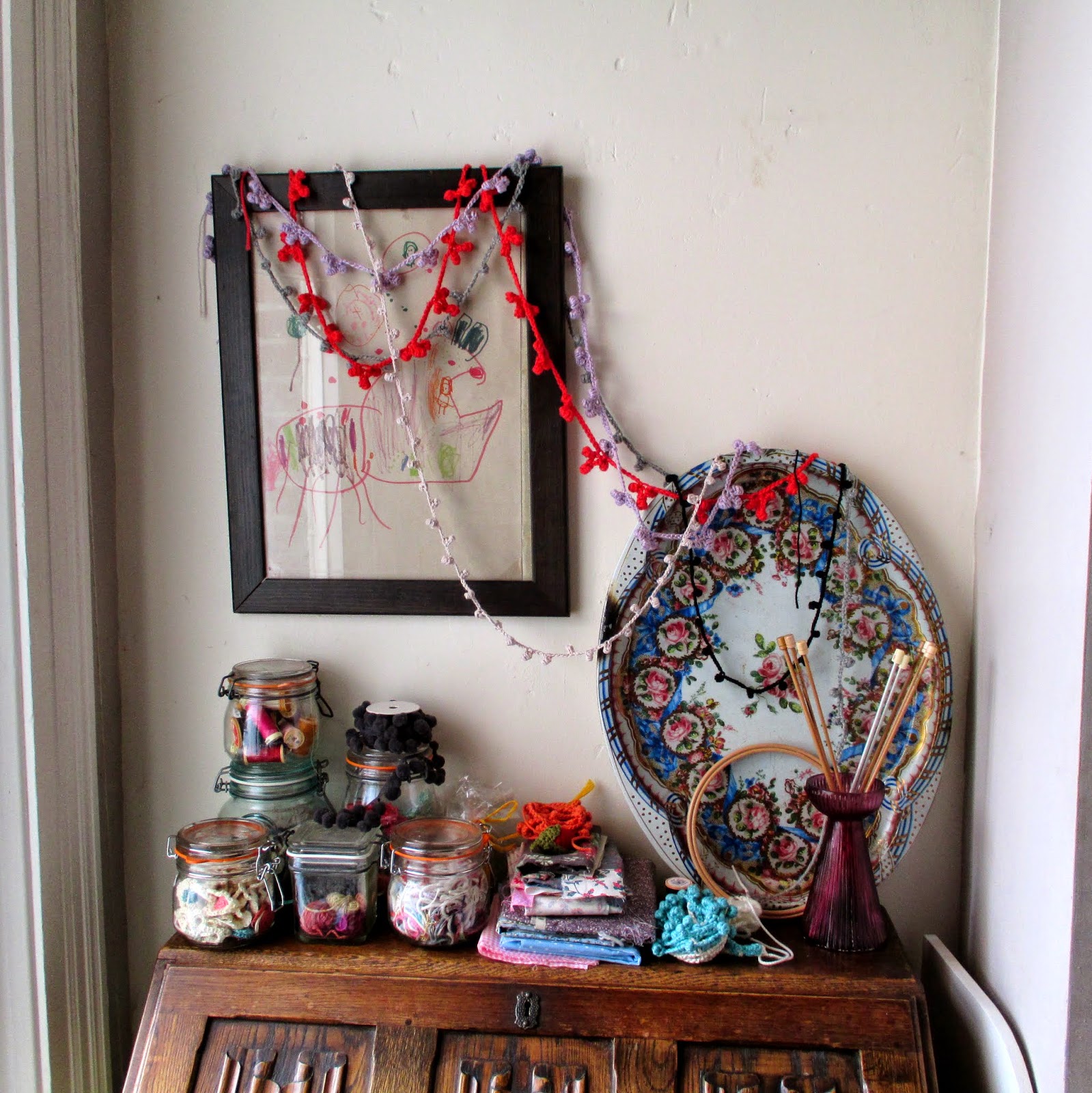 So, there they all are. Seven strings of bobbly goodness. Currently draped willy-nilly above my desk, waiting for a cushion or a curtain, or maybe even a skirt to be stitched around.
xx
P.S. The bobbles on Martha's blanket were worked into the edge as part of the blanket, there is a separate tutorial for the bobbly blanket edging here.
This blog entry is my submission to the Deramores Blog Awards 2014. Deramores is the UK’s number one online retailer of knitting and crochet supplies.
Posted by Unknown at 00:00

Hello! I'm Claire, an habitual crocheter, occasional knitter, maker, hoarder of yarn and fabric and collector of bits and bobs. I'm Mum to three lively girls and partner to a busy husband. We all live in Norwich, UK. Thanks for stopping by xx